Jack Philips was the Marconi telegraphist on board Titanic along with his assistant Harold Bride.

You may find many different accounts of the specifics of what happened to Jack Phillips but in any case he gave his life in service of the wireless telegram.  calling CQD SOS and providing location information to help save lives. 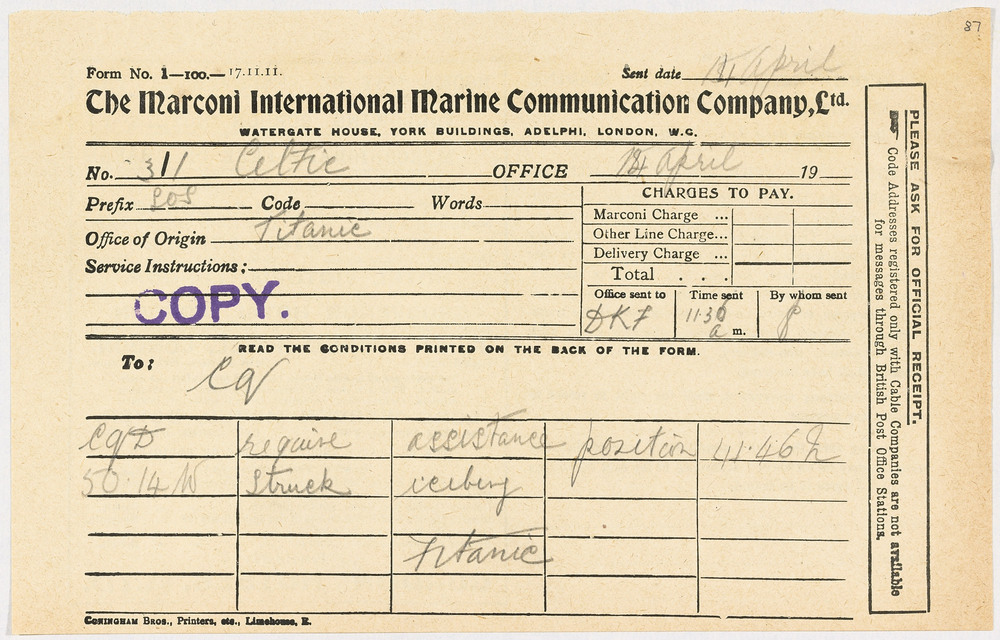 He then went to work for the Marconi Company and graduated as a wireless operator in August 1906. Phillips was assigned to the White Star Line and served aboard Teutonic, Campania, Corsican, Victorian, Pretorian, Lusitania and Mauretania. In 1908 he was stationed on shore in Ireland before returning to sea in 1911 onboard Adriatic and Oceanic.

In March 1912 Phillips was made Chief Telegraphist on Titanic and was with the ship from her days in Belfast. The day after her maiden voyage began, Phillips celebrated his 25th birthday. On the evening of 14 April he was in the wireless room sending a backlog of personal messages through Cape Race when the ship Californian sent through an ice warning. Phillips told them, ‘Keep out, I am working Cape Race’ and the stronger signal from the ship blocked out the signal from shore. Similar messages had been received throughout the day and had been passed to Captain Smith. Just before midnight on 14 April, Harold Bride had woken up to take over from Phillips when Captain Smith came into the wireless room and told Phillips to send out a distress signal. Shortly after midnight he told them to send out the call for assistance and gave them Titanic’s estimated position. Phillips began sending out the distress signal. Phillips and Bride continued to send the signal until the last possible minute. At 02:00 Captain Smith came to them and told them they had done their duty. Though Phillips made it to the upturned lifeboat B, Charles Lightoller later stated ‘I think it must have been the final and terrible anxiety that tipped the beam with Phillips, for he suddenly slipped down in the water, and though we held his head up, he never recovered. I insisted on taking him into the lifeboat with us, hoping there still might be life, but it was too late.’ 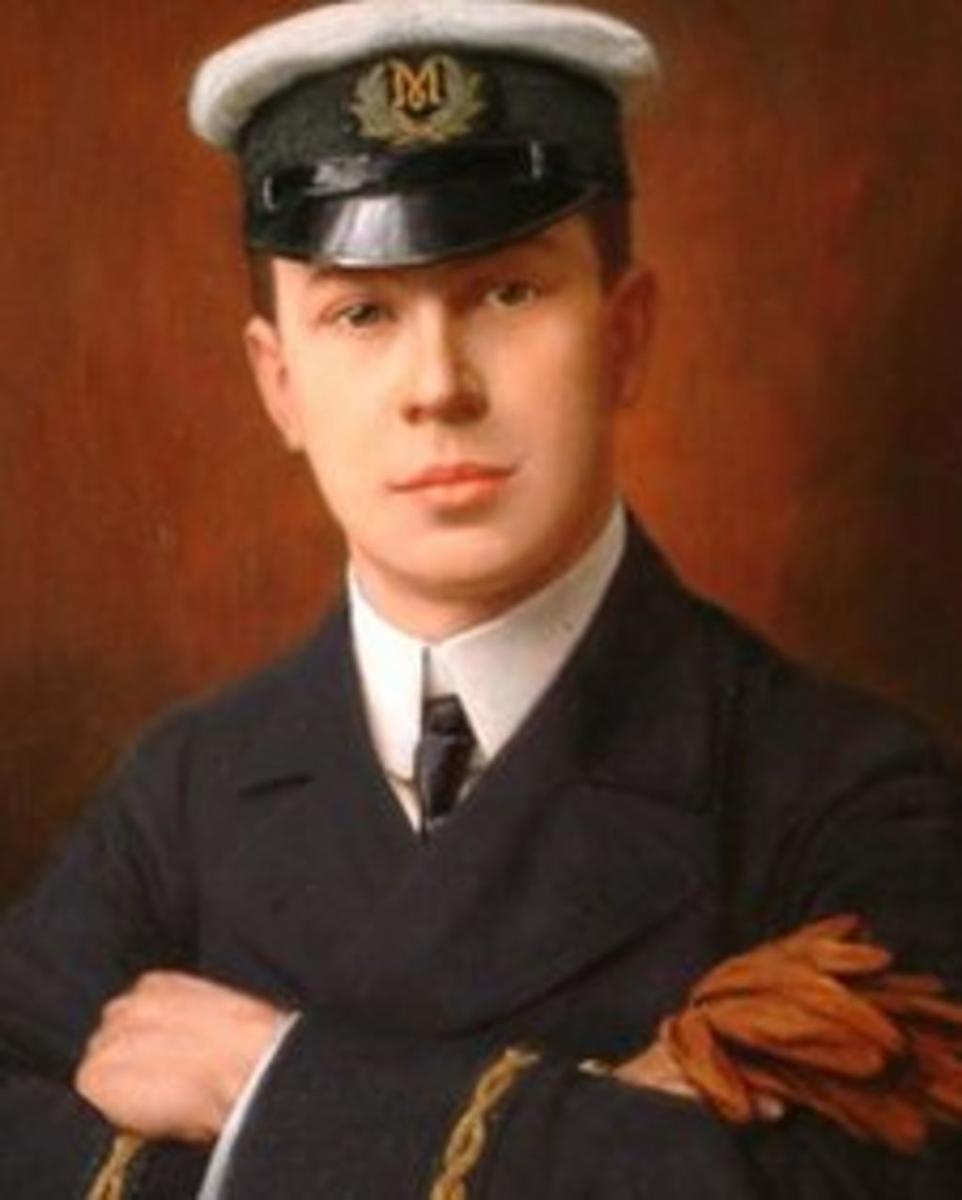